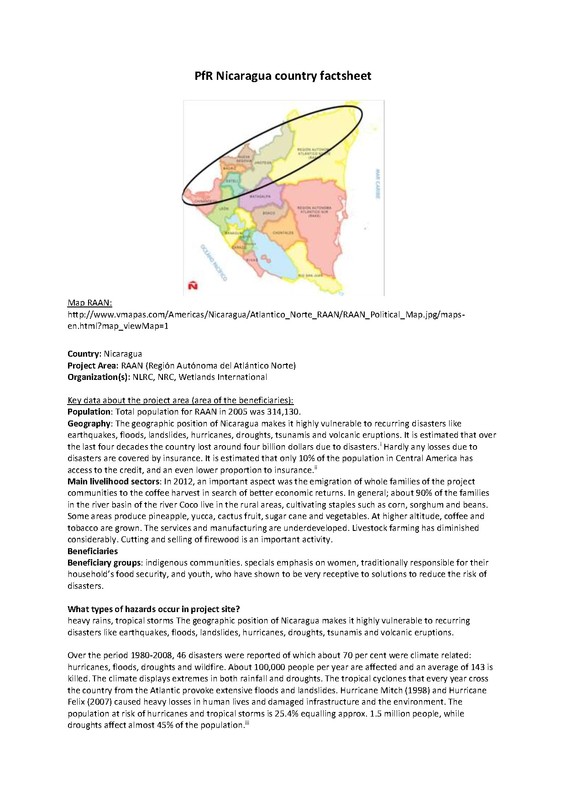 Brief outline of PfR's intervention in Nicaragua containing key data about the area of the beneficiaries in the North Caribbean Coast Autonomous region.

The geographic position of Nicaragua makes it highly vulnerable to recurring disasters like earthquakes, floods, landslides, hurricanes, droughts, tsunamis and volcanic eruptions. It is estimated that over the last four decades the country lost around four billion dollars due to disasters. Over the period 1980-2008, 46 disasters were reported of which about 70 per cent were climate related: hurricanes, floods, droughts and wildfire. About 100,000 people per year are affected and an average of 143 is killed.